Painting "Lovers", Rene Magritte - the Meaning and Description of the Painting 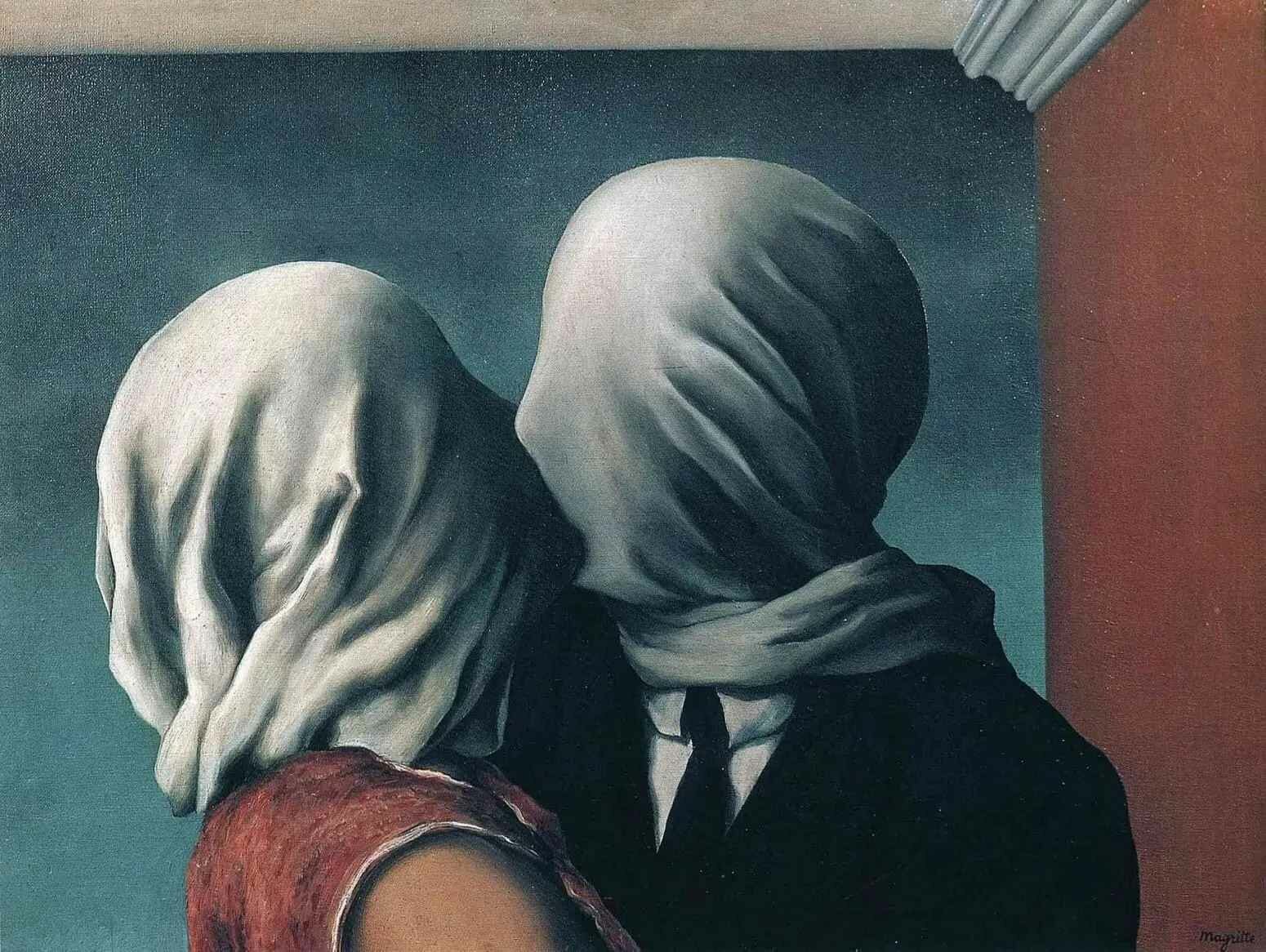 “Do not look for the right answer - there is none,” this is what Rene Magritte used to say about his works. His "Lovers" is considered one of the most mysterious and controversial paintings. It is too deep to be characterized just by "love is blind" saying, or by "lose your head for love" aphorism, so Magritte did not waste his time on that. The heroes shown on this painting are also not familiar with the betrayals, the presence of which could actually be assumed on the basis of the composition.

There are two persons in the center of the picture. The heads of the man and the woman are covered with the white sheets so that they cannot see each other's faces. However, their lips touch in a kiss. When one falls in love, his world takes on completely different colors. The canvas depicts this moment of rebirth, when people still cannot see where this love will lead them, and where they can move on. What awaits them in the future?

There are some versions based on the opinion that the man and woman shown in the picture are not in love with each other at all. Some of the art historians trust that this is just an appearance of love, created by passion, which deprived both of its victims of sight. But the subject version is not too popular among critics and art lovers.

A more spread version is that the numerous images of women with a white veil on their heads have the own prototype ... When Magritte was fourteen, the mother of the future artist committed a suicide by jumping into the river, having the nightgown wrapped around her head. It is possible that Rene Magritte embodied the prototype of the mother on the painting. This is how he wanted to express his love and boundless longing for her.

And although the artist denied throughout his life that the tragic event influenced his life and work, this figure can be observed on many of his works. Creativity speaks for itself. And Rene's case is by no means an exception.
Like 0
Dislike 0
Comments (0)
Other
Russian Artist Vasily Perov - Paintings and Biography

"The Treachery of images (This is not a pipe)", Rene Magritte - Description of the Painting