Kramskoy Ivan Nikolaevich (years of life - 1837-1887) is well known to us today as a talented portrait and historical painter. His hometown is Ostrogozhsk, Voronezh province. It was there, in the family of a minor official, that little Vanya was born. He was fond of painting since childhood. He used every opportunity to take a pen or pencil in his hands and try to sketch everything that he saw around him. He loved reading.

In 1850, having graduated from the district school, 13-year-old Vanya began his career. At the beginning, he worked as a scribe, and then as a retoucher for his photographer friend, with whom they traveled almost all over Russia. In 1857, they arrived in St. Petersburg, where the future artist decided to stay, joined the A. I. Denier's photo studio. In the same year, Ivan Kramskoy realized his dream to enter the Academy of Arts.

Even at the time of his study, the artist tried to unite all the active academic youth around himself. After completing his study, together with other graduates of the Academy, he created the Petersburg Artel. They say that the atmosphere of friendliness and mutual understanding that prevailed there was entirely his merit.

By that time, Ivan Kramskoy finally found his vocation as a portrait painter. His favorite technique at that time was graphic. It is graphic that we can observe today in the portraits of I.I. Shishkina, I. Morozova, G. G. Myasoedova, N. A. Kosheleva and others.

Kramskoy took some time teaching at the School of Arts under the Society for the Encouragement of Artists. When the St. Petersburg artel slowly disintegrated, he organized a union of art traveling exhibitions.

The 70-80s of the XIX century became for Ivan Kramskoy the period to create some of his most famous paintings ("Woodsman", "Mina Moiseev", "Peasant with a bridle"). Often, the artist combined portrait and everyday subjects in his works ("The Stranger", "Inconsolable Grief").

Throughout his career, the artist often had to take orders of the religious nature, which served as one of the main income sources for him.

Therefore, we can say with no exaggeration that Ivan Kramskoy was an outstanding figure in the cultural life of Russia in the 60-80s of the century before last. A talented artist, subtle critic, founder of the Petersburg Artel, he was the ideological inspirer of an entire generation, who set a new vector for the development of such a branch of art in Russia as portrait realism.
Like 0
Dislike 0
Comments (0)
Other
"Ship in a stormy sea" by Ivan Aivazovsky 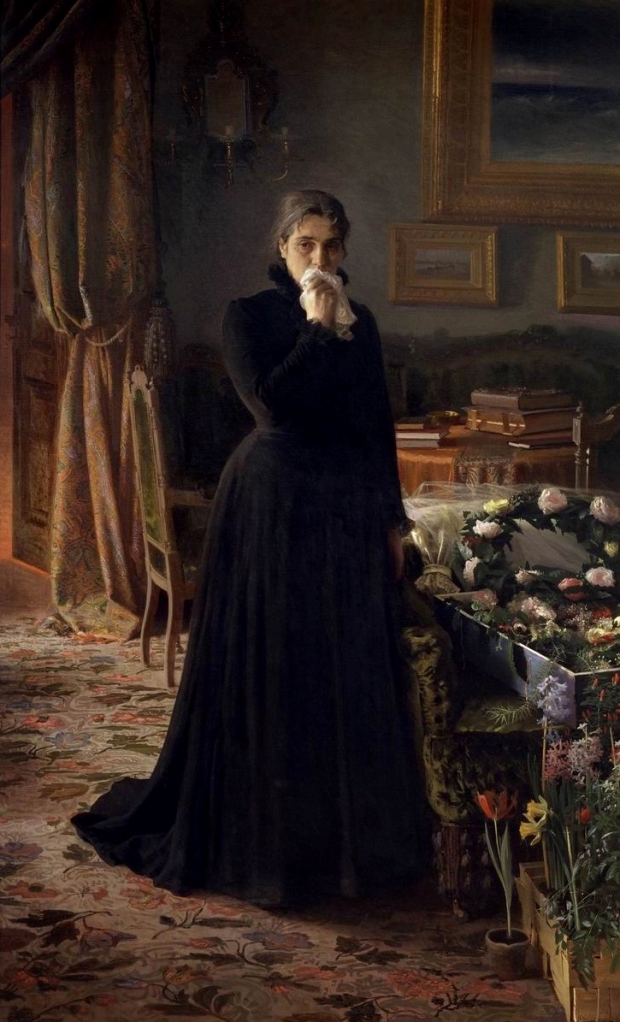