Cutting of Wood, Ivan Shishkin, 1867 - Description of the Painting The "Wood Cutting" is one of the very first works created by Ivan Ivanovich Shishkin's during his trip to Valaam. The semantic center of the painting is a freshly sawn spruce, around which the entire structure of the scene is built: a forest animal stopped by a stump in confusion, a birch shown in the foreground, ready to bend in a sort of farewell bow, and a little further, there are tall spruces silently observinbg the accomplished action.

The pines on the left of the painting are delicately illuminated by the sunrays. It could be assumed that the sun is setting, thus painting the forest in soft and warm hues.

At the first glance, the scene might seem deserted, but when examining it close, the viewer will notice people in the distance, engaged in logging.

The plot of the work revealed gradually – we can notice the smoke of a fire, going deep into the forest. One of the workers is sitting by the fire, while the second man keeps sawing the fallen tree into billets.

People appear in Shishkin's paintings quiote rarely; Ivan Ivanovich makes the viewers feel the presence of a human occasionally, with indirect hints. The master preferred to write nature in its intact state, primeval and alive in all its manifestations.

The “Wood Cutting” lies just on the border of genres: from one side, the appearance of people in the plot will not allow us to say that this is a pure landscape, while, on the other hand, the people are actually lost among the trees and are not considered the key characters in this work. On the contrary, this is where the master strives for a realistic and accurate depiction of nature, paying not too much attention to the human figures.

They are present in the plot being depicted without too much of minuteness, while the thoroughly painted herbs, ferns, fly agaric on the objective plan of the work, as well as the torn roots of a fallen spruce and the fresh cut of the trunk - the genuine heroes of this painting - come to life before one's eyes, becoming almost tangible and allowing the viewer to determine with botanical accuracy the types of trees and vegetation.

The “Wood Cutting" picture impresses with its truthfulness and nearly photographic accuracy, with which the master shows the whole beauty and grandeur of the Russian nature.
Like 0
Dislike 0
Comments (0)
Other
Forest Distance, Ivan Shishkin - Description of the Painting Arrival into Sevastopol Bay, Aivazovsky - Description of the Painting 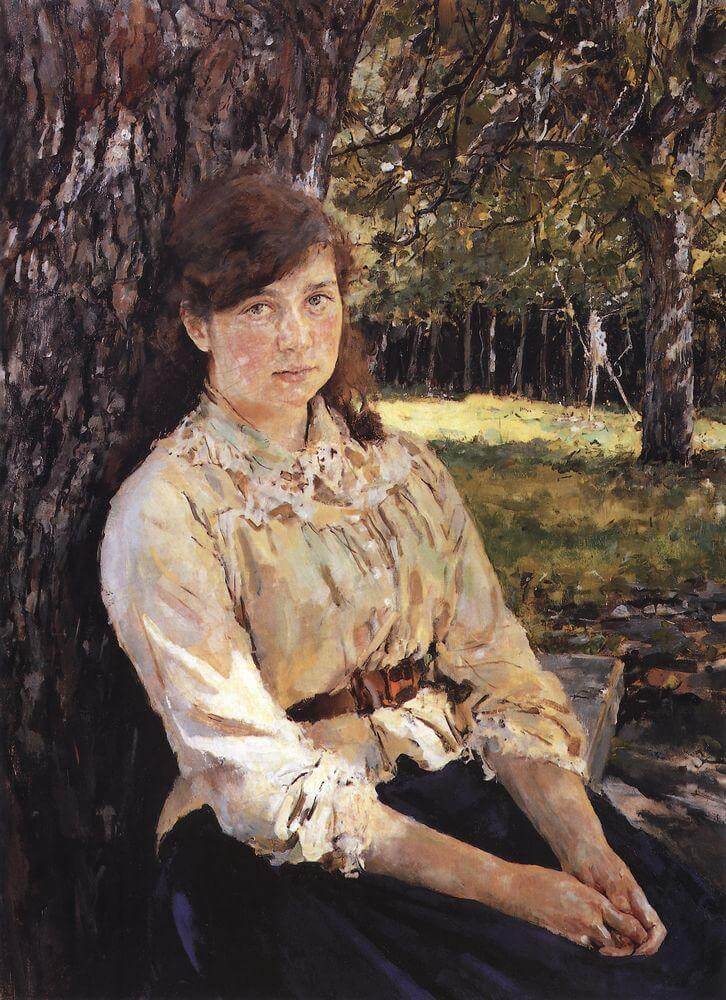